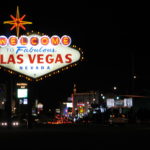 It’s just about impossible to avoid the latest attack to grip our nation, particularly with last week’s AppliedNet event emanating from Las Vegas. It was particularly sobering to me because the city is typically a bustling neon playground for older children such as myself, and to have it torn apart by such senseless violence was chilling beyond words.

As for the AppliedNet itself, it was an event to remember…it was great to put a face on some of the people I talk at every week with this newsletter as well as talking a little shop with those we serve every day. If you missed out on the latest and greatest from the event, this neat little summary from Applied Systems wraps up some of the more substantial developments.

We also took in a live small-venue show from legendary guitarist Santana during our time in the city at the Mandalay Bay, and it was as enchanting as you’d expect.  I was going to share pictures from the event and the concert, and I’d typically be more excited about that but little did we know the absolute nightmare that was set to unfold in the city’s streets just days later.

My thoughts and prayers go out to everyone affected by this.

Archway Does it Your Way

When we say we don’t sell products like hardware, software, or VoIP resources, we mean it. We take this approach to avoid being tethered to any particular provider and enable us to provide more comprehensive services tailored to your needs as an agency.

No matter what your setup is, we can keep it running smooth as well as helping you navigate the vast array of products on the marketplace with zero favoritism. You get the best solutions for your system, we get the satisfaction of doing what the big guys can’t. Click here to learn more about what makes us so special.

Yaknow, when they show those coverage maps on cell phone service provider commercials, I always want to run one of those CSI “zoom in and enhance” routines because they never show the apparent dead zone that seems to cover my exact piece of Southern California.

Let’s face it, these days poor reception in a neighborhood is as much of a dealbreaker as a nearby noise factory or rumors of an actual poltergeist. I’m sure you know (possibly even are) a person who has considered not moving to a new place because of bad coverage.

That’s certainly one approach, but as for me I’ve held off on putting my house up on the market by switching to WiFi calling.

For iPhone owners it’s as easy as this link says it is, but I personally like to turn on Airplane Mode when I use it because the thing’s first instinct is to find and switch to cell network calling, however faint the signal and desperation is even an unattractive quality in smartphones.

Your Time is Now

Have you ever wished you were more productive, but then just kind of forgot about it and found something to binge on Netflix? It happens…but it doesn’t have to happen as much with an app I use called RescueTime. RescueTime helps you document and understand how your time is used every day, because clicking “refresh” on Reddit is not a healthy use of your lifespan.

All right, beloved readers…that’s about all for this week, but before we launch into our daily routines I just want everyone to take a moment to think about someone they haven’t spoken to in a while, then ask yourself why.

In times like these, it’s important to remember that our connections with people we cherish are what truly make us human, and there’s no substitute for time lost. Give your mother a call, message an old friend, end that silly quibble with a sibling…life is simply too short.

Until next week, everyone!