About that Global Cyberattack 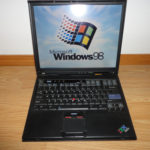 Warning Shot Heard ‘Round the World

Sheez, I step out of the office for a few days and a massive cyberattack affects government utilities and services in dozens of countries around the world.

I’m not saying the two are related, but then again no one has ever seen me and Batman in the same room.

Anyway, the search for solutions is underway in the wake of what is probably the largest scale instance of cybercrime to date, but the silver lining is that the fiasco was mostly preventable.

Apparently, the hackers were able to use relatively simple tools harvested from US National Security sources to  exploit systems that hadn’t had their virus definitions updated. Turns out those annoying notifications and seemingly random shutdowns have a purpose.

It just goes to highlight the importance of maintaining effective protections on every computer within your network. At Archway we realize that all we can do is stay prepared and vigilant, so it really seems like a good time to mention our System Review Services.

Have you ever had several metric tons of opinion on a given subject and can’t quite start committing it to paper because you can’t even figure out how to start unloading it?

Creatives the world over fear the temporary cognitive paralysis that is writer’s block, and trust me, it’s a regular occurrence with me when trying to get this newsletter out early in the week, often before I’ve even had my first cup of coffee.

Still, failure to flow is less of an issue than it otherwise would be in my writing routine thanks to a book I read called The 5 Second Rule, and it’s had a appreciable effect on the level of focus I’m able to maintain when I’m not toying around with some thingy I bought online.

The Wonder of Flights

I haven’t explicitly praised Google for a while, have I? Well my latest reason to start loving the company that will soon own the world before it becomes mandatory is their Flights resource, which neatly compiles the vast majority of flights on a given day for your convenience.

Flights displays travel options from shortest to longest trip time or by price, and also offers a resource for travelers with flexible plans, with the ability to compare flight prices within a few days to receive the best deal. Simple and streamlined seems to be their specialty.

Not that I’m having any trouble finding inspiration fresh off my trip to Peru.

I spent about two weeks in the South American hotspot soaking up the culture and getting a taste of local flavor…and I guess I got a little work done too.

Naturally I took lots of pictures, otherwise the trip never happened according to the Immutable Laws of the Internet…check ‘em out if you have a few minutes!

All right folks, that’s about all for this week. Thanks as always for making time early in your week for another compelling installment of “Brad’s Blog”…and in case you actually need another reminder…yeah, if you could go ahead and update your antivirus program, that would be great.