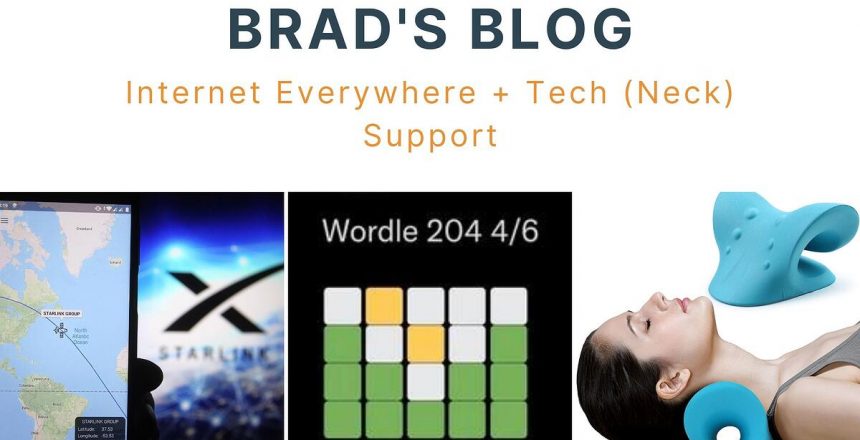 No Signal, No Problem

Imagine a world where you never have to ask the question, “Is there Wifi?” But Elon Musk is on a mission to make that world a reality, especially for those who live in rural and underpopulated areas, where satellite internet is often the only way to get connected.  Back in 2020, Musk launched Starlink, a broadband internet service, specializing in the expansion of coverage to rural and remote communities, with the goal to provide internet access to people in all parts of the world. It accomplishes this by launching a “constellation” of satellites into low Earth orbit via SpaceX rockets.

This week, they launched Starlink Premium, which has more than double the antenna capability of Starlink’s basic service and is focused on “small offices, storefronts, and super users across the globe.” It is also designed to handle “extreme weather conditions,” such as snow, rain and lightning, according to the company’s website. The price for this top-tier, weatherproof internet is not cheap: While the base Starlink service costs $499 for the hardware and $99 a month, Starlink Premium will cost $2,500 for the antenna, and $500 a month. But if you do have 500 bucks per month to spend on internet service, Starlink’s premium tier can be yours in Q2.

Wondering why yellow and green boxes have been taking over your twitter feed the past couple of weeks? Meet Wordle, the internet’s new favorite daily game.

It’s fun, simple and, like a crossword, can only be played once a day. Every 24 hours there’s a new word of the day, and it’s up to you to figure it out what it is. Users get six tries to guess a five-letter word that resets every day. There is no hint offered to start, but with each guess, the tiles turn green if the letters are in the right spot, yellow if they’re in the word but need to be moved, and eliminated altogether if the letter is not in the word.

It also keeps track of your playing stats: I’m on a 1 week streak, but have yet to complete the puzzle in less than 4 tries. And considering it was just purchased by the New York Times in the 7-figures range, if you haven’t started playing yet,  now’s a good time as ever.

Recently, I’ve been experiencing some unpleasant tech-neck: an all-too-common ailment in our device-dependent world. Between hunching over our devices, sitting at a desk all day, or even just sleeping poorly, it’s no wonder 1 in 5 U.S. adults experience chronic or consistent neck pain, myself included.

In an effort to find some quick tech-neck relief via Amazon, I came across this bizarre looking Chiropractic Neck Pillow.

And while I wasn’t expecting miracles, after 10 minutes of lightly stretching my neck back on it, my head felt 50 pounds lighter, jaw loosened, and the previous neck kink a little less kinky. Can it replace what actively perfecting your posture can do? Definitely not, but for about 20 bucks, it undoubtedly provides some sweet neck relief after hours of misalignment hovering over our devices.

Not to brag, but it is a great time to be an LA Sports fan right now: With the UCLA Bruins Men’s Basketball team ranked at #3, and the Rams going to the Super Bowl, February is shaping up to be an epic month for the city of Angels (and me!). But even if your team isn’t on their way to a championship, I hope you have a fantastic week.